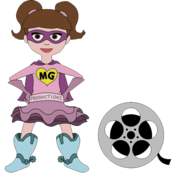 Ana Zins was born and raised in Houston, Texas and moved to Los Angeles in 1986. Ms. Zins had a brief stint working at New Line Cinema, then at Regent Entertainment in development, production, and distribution on independent feature and television films while volunteering several years as a festival screener for IFP/FIND and the AFI programming departments.

Ms. Zins also studied Filmmaking at the New York Film Academy, participated in the Women in Film Directing Mentorship Program in 2005, and was a top ten finalist in the Lifetime Movie Network: Every Woman’s Film Competition.  It was around that time that she started her own production company, Mighty Girl Productions.